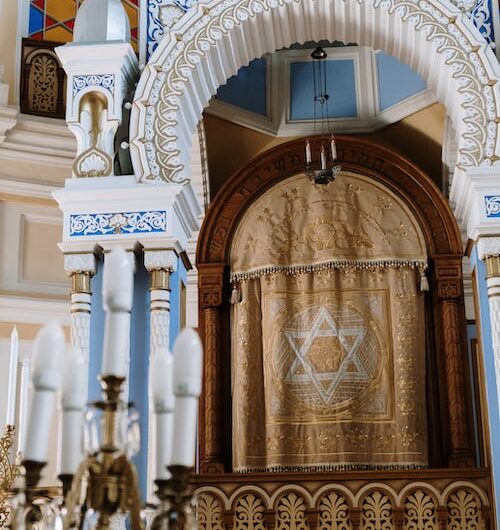 Morocco is a country with a long and rich history. For centuries, it has been home to a large population of Jews. Today, there are still many Jews living in Morocco, and they have managed to preserve their heritage and culture therefore it is great for Morocco Jewish Heritage Tours.

There are a number of reasons why Morocco is such a great place for Jewish heritage. First of all, the country has a long history of tolerance towards different religions. This is evident in the fact that Morocco was one of the first countries to grant official status to Judaism. In addition, the Moroccan government has made an effort to protect and promote Jewish heritage as there are many well–preserved synagogues and other Jewish historical sites present in Morocco. A few are listed below:

This city is in the southwest of Casablanca situated on both the banks of the Oum Errabii River and the Atlantic Ocean. It was built by the Portuguese in 1513 and the Jewish heritage sites remain a must-see. The famous shrine of Rabbi Abraham Moul Nes constitutes a religious cave that many Jewish from all around the world come to visit.

You will visit the Historic sites, riads, and shrines in its white clifftop historic city, brightly decorated walls, painted by local artists, then, you will experience a different pace of life in Azemmour’s attractive Old Town, visit the 16th-century synagogue and discover Haouzia Beach and visit the Jewish Shrine of Rabbi Abraham Moul Niss/ Rabbi Abraham Moul Niss square.

El Jadida, a small port city, formerly controlled by the Portuguese, is now a UNESCO World Heritage site. You will explore the picturesque coastline and visit the Mazagan resort and casino. Furthermore, the town was once home to a significant Jewish population that left its mark in the area.

It is possible to climb the bastions, where a star of David can be seen on an abandoned synagogue, which was converted from a Portuguese courthouse. Next to the Portuguese city is a large Jewish cemetery. The saint Yahia Assouline is buried in this cemetery.

Jewish settlements existed at the port of Safi and the port of El Jadida. Many were active in the buying and selling of merchandise and handicrafts. Stop in Safi “The Pottery Capital of Morocco”.  You will see the ways of firing pottery; a gas-powered kiln and the heat is more even allowing for less breakage and waste. But each piece still is separated and put in by hand. You might want to visit the Mellah in the Northern part of the medina, the sanctuary of Oulad Ben Zmirou, and the Portuguese fortress.

The sanctuary of Seb a des Ouled Ben Zmirou is one of the most sacred Jewish-derived places in Morocco and a few other countries. It stretches over 8,000 square meters. The set comes with a prehistoric doorway, a synagogue, and a place bringing the 7 saints there. In this area, 27 monuments were set up. Each represents a Jewish saint. The sanctuary also houses a party hall with a capacity of 1,000 places with a kitchen, a garden, and parking. The rocky landscape surrounding the tomb is littered with stones. The Jews usually smooth them over and bury candles there. Pilgrims consider it was once the site of a burial ground.

In the Jewish tradition, the tomb of Ouled Ben Zmirou contains the remains of Abraham, his son, as well as his relatives. Abraham Ben Zmirou (Ibn Zimra), Grand Rabbi of Safi, doctor, philosopher, and poet of the 15th century, is thought to be the Iberian Peninsula.

He escaped to Morocco during the 15th-century Inquisition. After living in Fez in 1499, he went to Safi. In addition to possessing practical legislative knowledge, Abraham also had a great understanding of Arabic literature and laws, poetry, and calligraphy.

Essaouira is a lovely old city built by a French architect Vauban believer. These fortification effects have given Essaouira a special and appealing look. The city is gradually becoming a concentration of artists. Essaouira’s geographical environment provides for a temperate winter and a hot summer.

In addition to that, a gorgeous beach is protected by the small island of Purpuraires. Artisans of Essaouira are famous for inlay on root growth cedar and offer a wide range of items from souvenirs to parts of furniture and works of art. Follow narrow paths and back alleys to the UNESCO-certified old city, explore a once-thriving Jewish neighborhood and meet up with knowledgeable local woodcarvers; linger at white sand beaches and appreciate the music of the Gnaoua in the animated café s of Moulay El Hassan square.

There are plenty of restaurants for seafood. Essaouira is also known for hosting the yearly Gnaoua World Music Festival.  We can visit an argan oil cooperative to the process by which Argan oil is made.

Essaouira’s mellah covers over 10 percent of the town, but Jews constituted almost 40 percent of the population in the late 1880s. Jews enjoyed the status of being accepted by the Jewish community in Essaouira to the extent that some of those wealthy Jews did not even live in the mellah.

Former residents of Essaouira receive the plaques to mark the location of former synagogues. The primarily Jewish town’s former residents have contributed to rehabilitating it. The Jewish cemetery, just outside the city gates, is very well maintained. Two restored synagogues will need to take part in a restoration project called Slat Rabbi Wirth and Slat Attias.

The best thing about Taroudant is its location in the fertile Souss valley and at the foothills of the Anti Atlas mountains, which are teaming with Berber culture including ancient granaries, ages-old Koranic schools, and lush green agricultural terraces.

It is a walled city much like Marrakech, but smaller in size. The Jewish community is believed to have been established in the region in the 11th century. The Jewish community in Morocco and abroad gathered in Taroudant to celebrate Hiloula in memory of David Ben Baroukh. You can visit the newly opened Palais Claudio Bravo Camus is the former home of Spanish hyperrealist artist, Claudio Bravo. The city was a major stopping point for the caravan trade that went from Marrakesh through Akka to Timbuktu.

You can visit the old Ksar (fortified village) of Tinghir still retains much of its mud houses. It is commonly called the «Jewish quarter», although the Hebrews occupied only one street and a few alleys. They are restauring it by steps from 2013.

The picturesque river valleys make for a beautiful journey toward the southeast of Morocco. From Tinghir, you can drive the Majestic Sahara desert to enjoy the sunset, camel ride, and overnight stay in the desert Camp.

If you are interested in learning more about Jewish heritage, then Morocco is definitely a country that you should visit. There are many interesting and informative sites to see, and you will be able to learn about a different culture and history.

You may also like: Top 4 Desert Tour Destination in Morocco