We will depart from Marrakech at 8:00 am from your Riad/hotel and start traveling to Ouarzazate via the Tichka Pass. The road will take you through the majestic High Atlas Mountain pass of Tizi N Tichka.

The trip will provide you with some spectacular and breathtaking views.

You will have several stops along the route for you to smell the fresh air and get some amazing photos. The pass reaches an altitude of 7415 feet above sea level and is the highest major mountain pass of North Africa. The road was constructed along an old caravan trail by the French military in 1936.

We will visit the Kasbah of Telouet which was occupied by the Pacha Glaoui during his reign and is frequented by Moroccan travelers. It sits in the village of Telouet nestled outside the Onilla Valley. The Harem and reception hall areas give one a good idea of the former luxury in which El Glaoui lived, as well as a look at the Andalusian style of decorating.

However, the older parts of the Kasbah are in complete ruins, making it difficult to see properly. Walking through the crumbling passageways is like walking through a maze and some have gotten lost exploring the dilapidated Kasbah.

Next we continue to the UNESCO World Heritage Site of Ait Ben Haddou. This Kasbah is perhaps the most impressive and well-preserved fortress cities in Morocco, which the Moroccan Government itself jumped on the bandwagon in 1994 to rehabilitate the Kasbah in order to preserve the cultural and national heritage.

The Kasbahs were a major stop for camel caravans carrying salt through the Sahara and returning with gold, silver and slaves.

Dinner and breakfast at your accommodation.

After breakfast, we depart for the city of Ouarzazate, a city known as the doorway to the Sahara Desert.

On the way, we will visit Kasbah Taourirt and then Studio of Cinema, then drive back to Marrakech.

Drop you off in your accommodation in Marrakech.

Services not included in price: 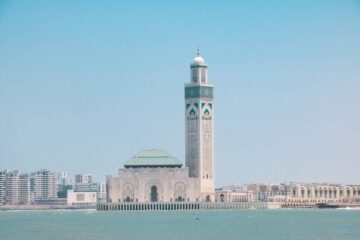 This 8 days desert tour from Casablanca 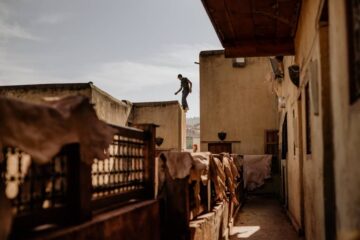 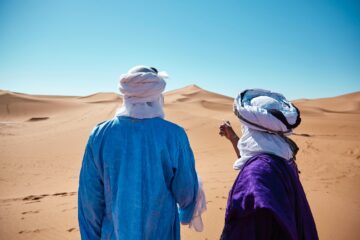 This tour from Marrakech is designed for
One tour per person 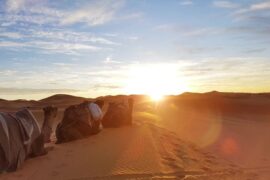 3 days desert tour from Marrakech to Zagora and Erg Chegaga 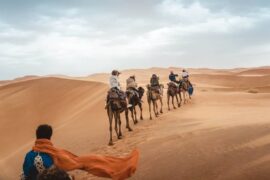 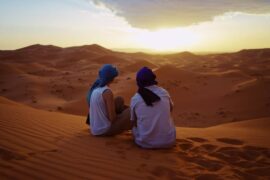